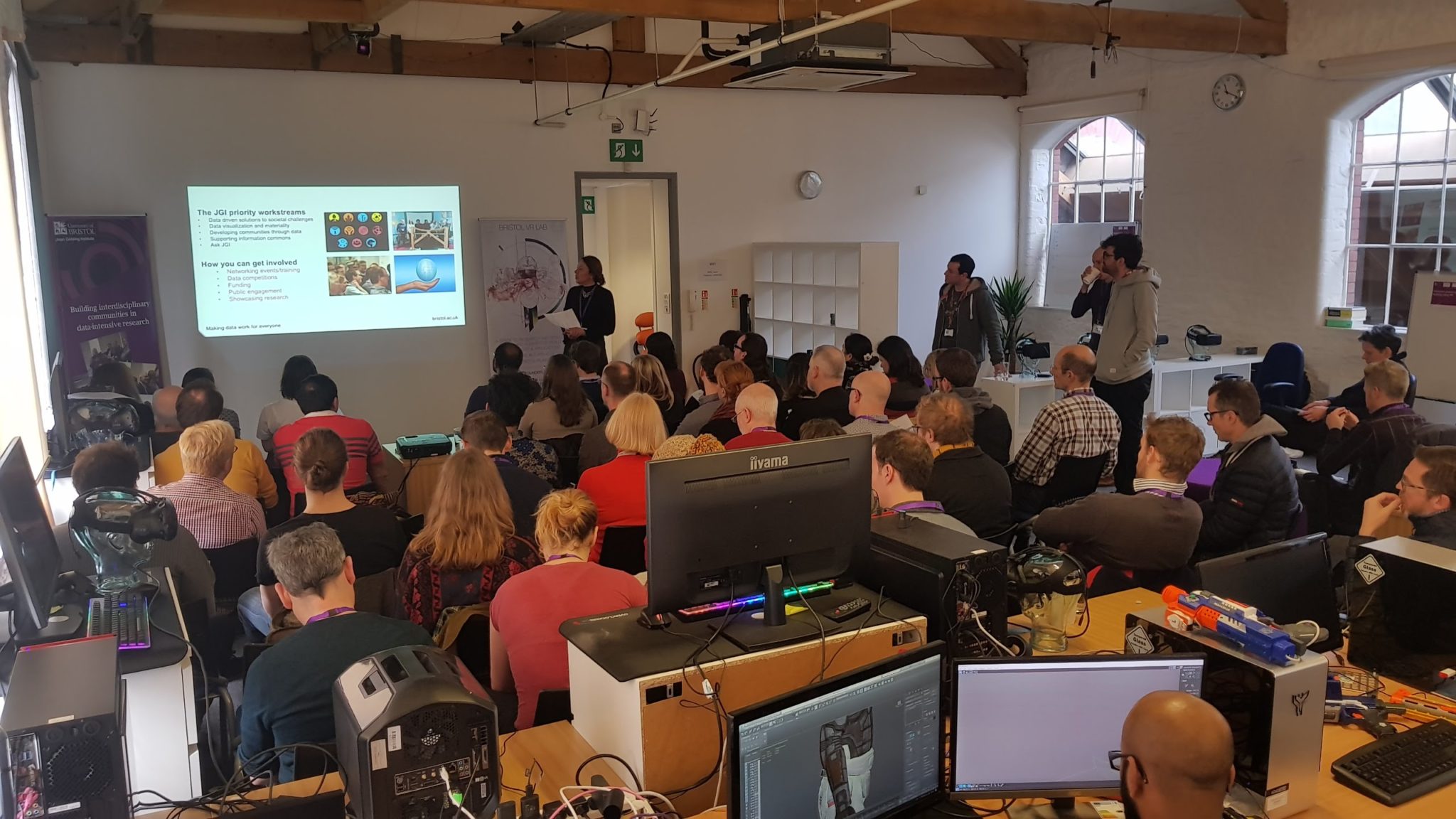 Last week Bristol VR Lab opened up its doors and filled up the talk space to facilitate the Jean Golding Institute in hosting the Data Visualisation Challenge team formation workshop. The event was a chance for researchers at University of Bristol to present their data sets to VR professionals so they could form teams to enter the challenge. The challenge winners will receive £8000 funding to visualise their dataset in VR and a chance to have the prototype of their visualisation shown in the Bristol Data Dome at We the Curious.

Bristol VR Lab’s role in the data visualisation challenge is to provide space to work on a part-time basis while individuals or teams are working on the project, including an opportunity to use our VR facilities.

The day started with an introduction from the Jean Golding Institute including an explanation of the format of the event and competition. Following the introduction were nine short presentations from University of Bristol students who were presenting their data sets. Lunch was provided after the presentations which gave attendees a chance to network. After lunch, industry professionals were given an hour to talk to the data set providers about their visualisation needs at meeting points throughout Bristol VR Lab; 10 minutes per data set.

To see the presentations from this event check out the JGI – Data Set Presentations page.

Read more on the data visualisation challenge on the JGI blog.