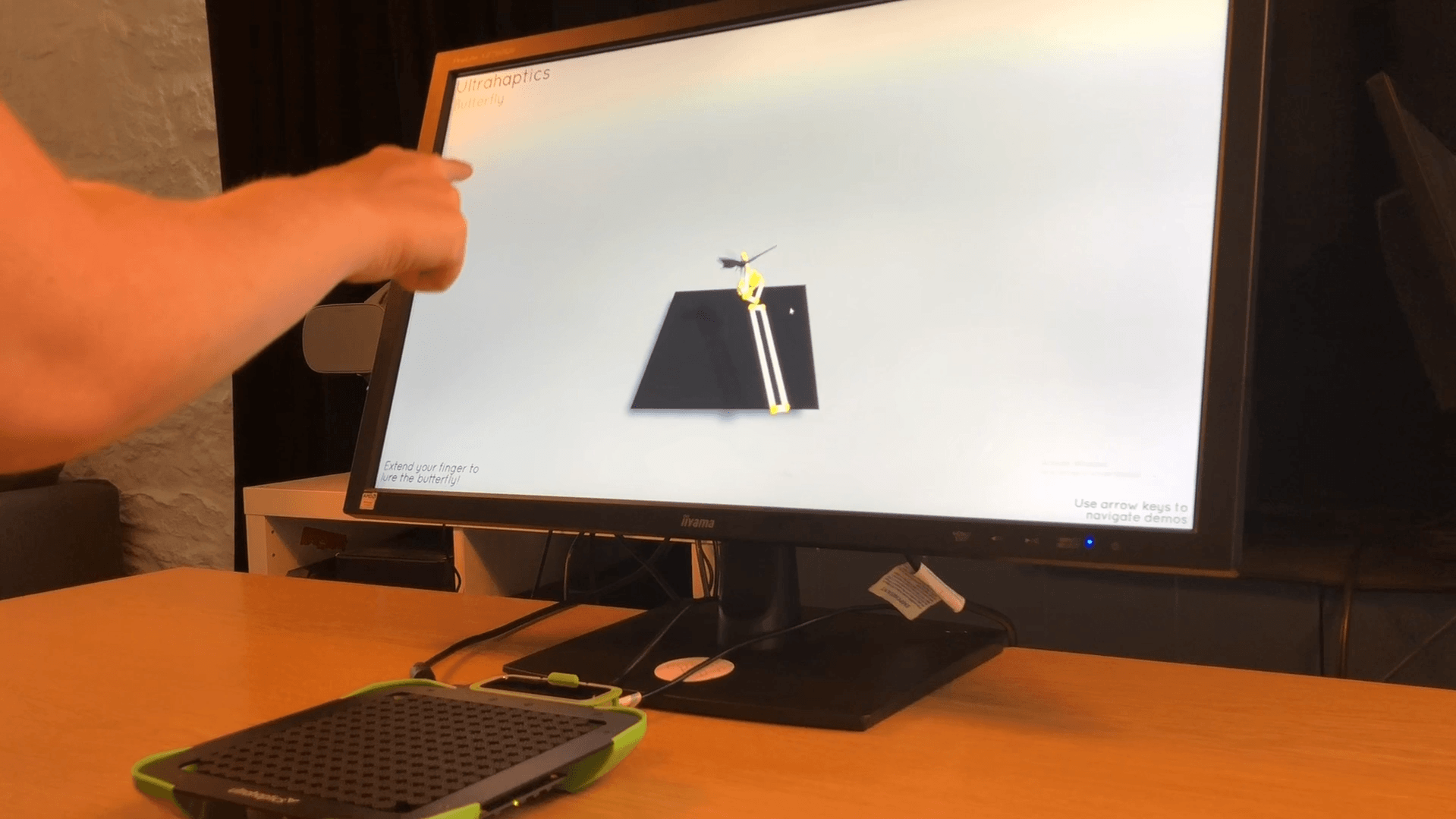 Can touch this! Ultrahaptics development blog

This week the interns got to use the touch development kit (TDK) from Ultrahaptics. This kit uses ultrasound to produce 2D mid-air haptic feedback, imitating the sensation of touch without the need for a physical material.

The interns started by downloading the recommended drivers and the ‘Ultrahaptics Demo Suite’. The provided demo contained examples such as bubble popping, button pressing, and sliding switches, and allowed the interns to see what the device was capable of.

After this, the interns were eager to begin their own project. With the help of the provided SDK from the Ultrahaptics developers website, basic demos were set up in minutes. These primarily consisted of 2D shapes moving on a plane, but after some research and a few brainstorming sessions, more advanced demonstrations were achieved.

The interns found the haptics device had strengths and limitations.

Control points on the Ultrahaptics array could be placed upto a significant distance away, however many comments were made by those experiencing the demos that the points were somewhat ‘fuzzy’, with ambient ultrasound causing ‘random’ extra haptic points. Demos where the player was expecting a lighter sensation/interaction, such as with Butterfly, worked better than those where they tried to ‘hold’ the point, such as Slider.

There was also a limit to the number of control points that could be drawn at any one time, the documentation detailing these specifications were quite limited.

If you happen to have an Ultrahaptics touch development kit lying around you can download the demo created here.